Twice the Product in Half the Time™

Teams: Cross-Functional Is Broad In An Industrial Environment​​ 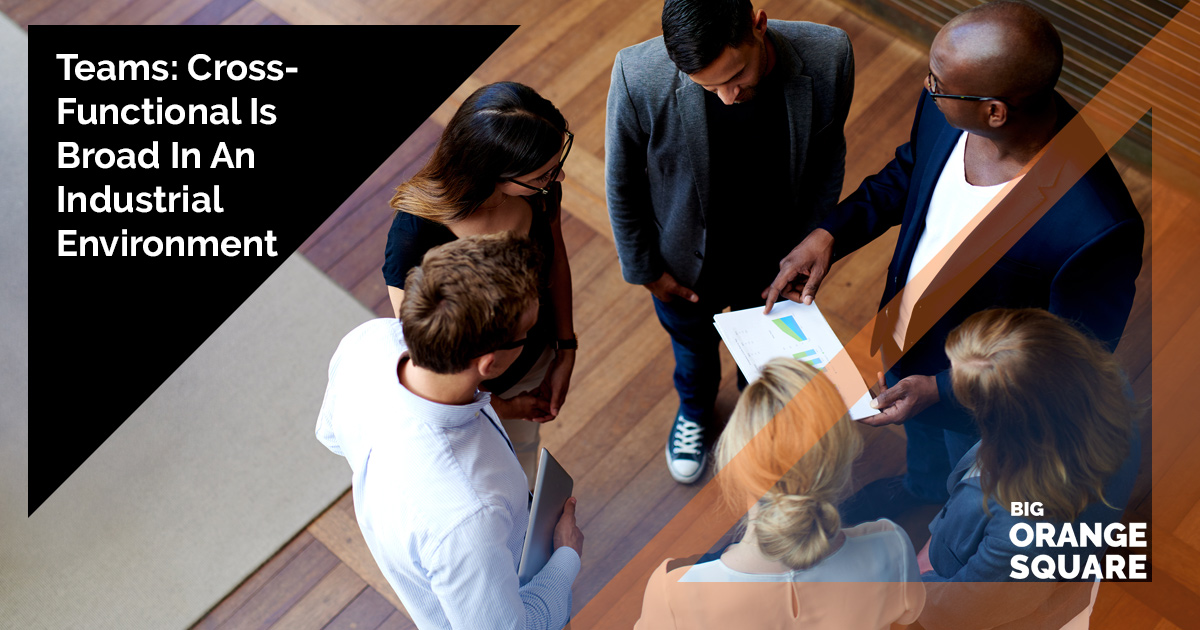 A couple of months ago I talked about Scrum4HW™ to a local user group. Lots of interest, good discussions, and several people from the industry attended. One of the people working in the manufacturing space, made an important remark when I talked about a six- to nine-year cycle to get a new car model on the road.

“It isn’t the design of the car that takes six years,” he said. “We can do that in a year. But to align supply chain and manufacturing, that takes the other five years.”

Cross-Functional Team In Scrum For Hardware

“Delivery teams are cross-functional, with all of the skills as a team necessary to create a product increment.” – a quote from the Scrum Guide,

This quote means that a Scrum Delivery Team not only has design engineers (for electronics and mechanics), but also people who work in the supply chain or manufacturing space. Once those skills and interests are represented during development of a new product, “Twice the Product in Half the Time™” is possible.

The first occurred in the rLoop team developing battery packs. Inside a pack, the battery material is enclosed in a material designed to dissipate heat. The designer created a clever production process using only an electric heater and a kitchen vacuum sealer. Another volunteer produced 300 of the heat dissipation layers. Half of those were too thick, and the battery packs couldn’t hold them. A waste of time and money. Had a manufacturing expert been involved, tests would have been developed for the volunteers so this mistake wouldn’t have been made.

Another client was used to spending three to four years developing new banking equipment. Hand-offs made it hard to find problems until very late in the project — problems that were often only solvable by redesigning parts of the equipment. These redesigns were the reason that these projects took so long to complete. After considering the cross-functional concept and bringing the right people into the development team, they delivered the next piece of equipment in four months!

I believe that two things happen when the right people are on a team: problems are found earlier in the process, and both a problem-finder and a problem-solver are part of the same team. Finding a problem early makes it easier to solve it. In a four-year project cycle, the people working in the first year aren’t readily available to solve a problem that is found in the last year. Teams need to go for the win: there is no them-and-us because we are all here to win! When a problem is discovered by the person in charge of the supply chain, the entire team works together to fix it.

Ken Schwaber stated, “Scrum is simple, not easy.” The scenario above isn’t easy — people can be spread out over the globe, and products can be large and complex. However, as Einstein said, “No problem can be solved from the same level of consciousness that created it.” Work on the challenge to create a cross-functional team in your Scrum4HW™ project, and it will pay off!

If you’re looking to help your team optimize your processes, get in touch with us at Big Orange Square. We have been helping teams learn how to work at peak efficiency for years, and we can help your team, too!

rloop: rLoop is a non-profit, crowd-sourced online think tank, competing in the SpaceX Hyperloop competition. rLoop is comprised of over 300 members representing more than 15 countries. Rebecca Zhou is one their members and she spoke at the Scrum Alliance Scrum4HW Track in San Diego April 2017.

Ken Schwaber: Ken co-developed the Scrum process with Jeff Sutherland in the early 1990s to help organizations struggling with complex development projects. One of the signatories to the Agile Manifesto in 2001, he subsequently founded the Agile Alliance and Scrum Alliance. He is the founder of Scrum.org.

I felt that this course provided a more tactical overview w/ hands-on learning than previous CSM courses. I am much more equipped to implement lessons learned now that I have gone through this journey with Peter and Hubert. Thanks so much!

“… is an excellent teacher who strives to tie the participants real situations to the class teaching.”